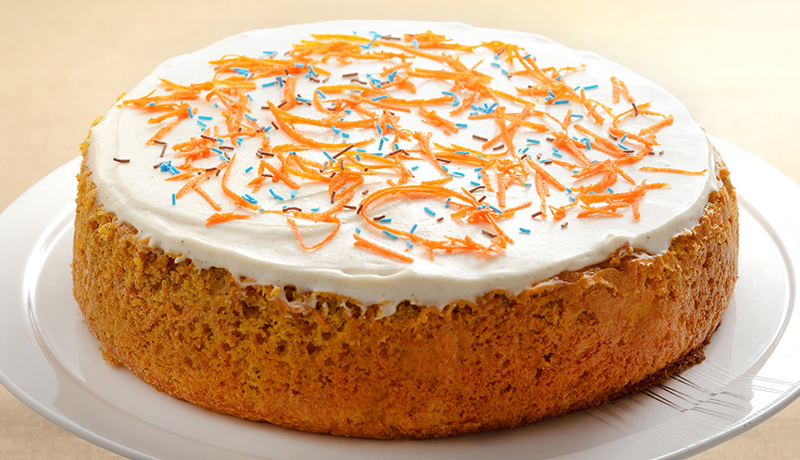 Carrot and Cardamom Cake with Cinnamon

Carrot and Cardamom Cake with Cinnamon

In a large bowl mix together Betty Croker carrot cake mixture, cinnamon, cardamom and the egg, oil and water with a wooden spoon

Add finely grated carrot and fold through until completely incorporated. divide the batter between the two lined cake tins and place in the oven to bake for 30 minutes or until a skewer inserted comes out clean.

Remove the cakes from the oven and set aside to cool on a wire rack .when the tins are cool enough to touch gently release the cakes and return them to the wire rack, removing the base and parchment paper .Allow to cool completely .if one of the cakes has risen more than the other, simply cut off the excess with a bread knife so that you have a flat surface to work with.

Prepare the frosting by beating the cream cheese and cinnamon until you have a smooth spreadable mix.

Assemble the cake by spreading one of the layers with half cream cheese frosting. Place the second layer on top and spread with the remaining frosting .Slice into eight slices and serve .the cake will keep in the fridge for 3-5 days.